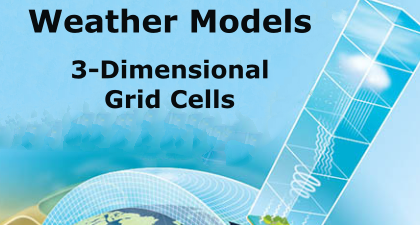 How Weather Models Predict the Future
By Captain Herman Junior

Many of us have once wondered how weather models can forecast days ahead. Also called “Numerical or Mathematical Models”, they divide our atmosphere into three-dimensional cell grids to read weather information and predict future atmospheric movements. The models also feed the supercomputers, which perform the calculations, with information from satellites, weather balloons, weather buoys, radars, among others, but in this text the focus will be on how this process is done so that the models can feed computers and predict possible future steps in our atmosphere. 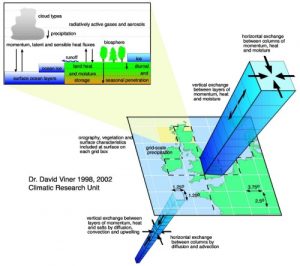 We often see the models acting on TV when hurricanes threat costal cities around the world, but get so confused about that spaghetti image with lines that seem to have similar, but still crazy directions. From “Fair Winds and Following Seas” to big storms and hurricanes, models can improve our experience in the sea, as well as help keep us safe.

What are weather models?

Weather models, also known as “Numerical Weather Prediction” are in the heart of modern weather forecasts nowadays. There are many apps for smartphones that do the trick very well showing things that can significantly help us to get safe while sailing.

They are basically simulations of the future state of the atmosphere and show what we might expect to see the following days.

For this, powerful computers are used to do these calculations in incredible high speed to result in simulations that can cover the entire planet, and also extend up to two weeks into the future. 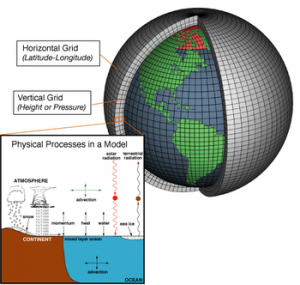 Trillions of calculations can provide millions of observations and a three-dimensional picture, of what the atmosphere may look like at some point in the future, can be produced from the result of this whole computerized simulation process.

The calculation process is phenomenal. The models divide the atmosphere up in 3-dimensional grid cells.  Each of these cells is mapped to amounts, like temperature, humidity, pressure, wind, radiation, etc. As the values of these quantities are constantly changing they are evaluated and calculated by the models in modules. In a long column of grid cells, it’s possible to find modules for condensation, precipitation, radiation, turbulence, evaporation and surface processes.
As mentioned before, this data is sent to the supercomputers that will gather this information and do trillions of calculations to provide us with the forecast. 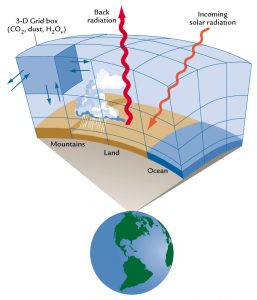 The ECMWF (European Centre for Medium-Range Weather Forecasts), also known as European Model and the GFS (Global Forecast System), known as American Model, are among the best and more accurate weather models in the world. The European weather model, on average, leads the fight.

More and more, individuals around the world are being exposed to such technology, making it safer to work and have fun in the sea.